Karl Litten is a world renowned golf course architect and designed all 27-holes here at Westchester Country Club. Mr. Litton continues to turn out spectacular golf courses worldwide. Perhaps best known for his work in The Middle East, Karl has recently teamed up again with Jeffrey Myers, to form Litten Myers Golf Course Architects. The two met more than 28-years ago when Karl originally hired Jeffrey. Karl Litton has developed quiet a reputation in the industry for blending great golf courses with successful land planning and Westchester is a perfect example. 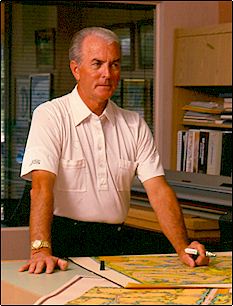 Karl Litten could be the best-kept secret in the business of designing golf courses. Except in south Florida, that is, where his name is on 8 courses for one developer. He doesn’t advertise much, relying mostly on previous contacts. As a result, 50% of his work is repeat business.

Litten tries to resist traits, trends and labels. Like many of his peers, Litten would prefer that when a golfer completes a round he still would not recognize whose course it was.

Indeed, the only label from which Litten does not shy away from is “developer’s architect.” And it’s one that’s appropriate in south Florida where most of Litten’s work has been with courses being built to market real estate.

We have a simple philosophy: that golf course harmony without the need to compromise either one for the other.

Litten is well known in Dubai, United Arab Emirates, where he has designed three projects for His Highness Sheikh Mohammed Bin Rashid Al Maktoum, Defense Minister of the U.A.E. Litten’s reputation extends to Japan, as well, where he designed the $100 million 18 hole Aoki Golf Club at Hyogo with golfing legend lsao Aoki, and where Litten has already finished Bato Country Club, Green Academy, and Tanegashima Golf Club. Australia, England and the British West Indies are other areas that enjoy his designs.

Overall, Litten has been involved with more than 110 golf courses, 50 of which he worked on while with Robert Von Hagge and Bruce Devlin from 1967 to 1979. He began to establish his own reputation in the 1980’s and today he operates out of Asheville, North Carolina.

After studying Architecture at Ohio University, Karl moved to Florida in 1957. He worked as a surveyor for a civil engineering firm in Miami for 10 years, becoming involved in land planning, drainage, and irrigation. It is this civil engineering background that enhances Litten’s golf courses and makes him a “developer’s architect.” 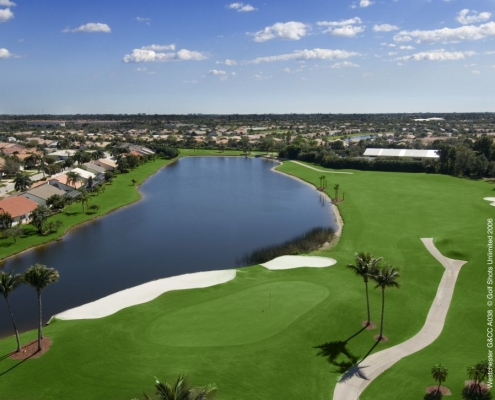